Port Harcourt, Rivers State is getting many recognition lately, as Shell donates a whooping sum of  ₦1 Billion (Nigerian Naira) to the Port Harcourt Library just a few days after the Access Bank Plc. had paid their visit to the state.

Just about two (2) days after Access Bank visited Rivers State to partner with the Governor’s wife on Women Empowerment, Shell launched their donated ₦1 Billion worth of exceptional e-library in all it’s grandeur.

A modern e-library donated by Shell to the Port Harcourt Literary Society has opened its doors to book lovers and other literary enthusiasts. The ₦1.03billion library is one of the ₦2billion social investment projects Shell exclusively sponsored in the Niger Delta to mark Nigeria’s centenary anniversary.

The others are a hospital and sports centre in Bayelsa and Delta states respectively. Shell spent N790 million on the project that was implemented via a Memorandum of Understanding with the Port Harcourt Library Society, which contributed an additional N240 million.

‘SPDC invested exclusively on this library project because of its strong conviction that it will deliver significant benefits and positively impact the lives of the people,’ said Osagie Okunbor, Managing Director of The Shell Petroleum and Development Company of Nigeria Ltd (SPDC) and Country Chair Shell Companies in Nigeria, at the commissioning ceremony. “We are pleased to deliver an ultra-modern public library that would rank as one of the biggest and most IT-driven in the country. The feedback we’re receiving shows that the literary scene in the Garden City has already changed.”

Nigeria’s National Librarian, Prof Lenrie Aina told journalists that the facility, named Port Harcourt Literary Society Library is the ‘first complete public library in Nigeria,’ because, aside from Shell ensuring supply of power, books and cooling, every comfort of book lovers was considered in the design and construction of the library.

Chairman, Board of Trustees of the Port Harcourt Literary Society, Dr Chidi Amuta said the library was designed to be the heart of the Port Harcourt Book Centre that was originally conceived to commemorate the recognition of Port Harcourt by UNESCO as the 2014 World Book Capital. He added: “Oher structures awaiting donor evaluation and sponsorship include a writers’ hostel, an event centre/exhibition hall and a theatre. The Book Centre, like the Muson Centre in Lagos along which it is modelled, is conceived as a centre of culture and enlightenment.”

An obviously elated Senator Magnus Abe said: “In everything Shell has done in the Niger Delta, today they have made a statement that will never go away. They have set us as a people as partners, in truth, because it is books that will develop the Niger Delta. So having associated themselves with books today in the lives of our children and in the lives of our youths, Shell has made an indelible contribution to the true development of this region. We will never forget you.’

The cynosure of all eyes at the event was 10-year old Shawn Ene who single-handedly raised over N250,000 for the donation of children’s books under the special support programme of Shell Nigeria staff’s volunteer group, Shell Employees Care. There were also poetry and drama performances at the commissioning of the library.

For validation of this information, contact Precious Okolobo, the Corporate Media Relations Manager at Shell on +234 80703 65019. 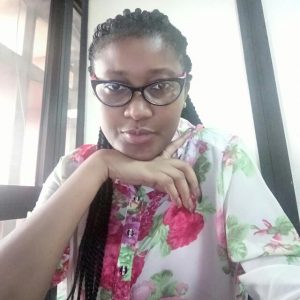 Hello there, I am Nike Ogunshakin, a passionate Nigerian, a botanist turned creative writer and graphic design enthusiast. I am a New Media Publicist and the founder of FeedsTrail.com

I am also a strong advocate for defying stereotypes who is in continuous search for the best parts of Nigeria/Africa to show to the world.

Join me on my journey learning more beautiful things about my heritage as I join interesting teams and discover amazing things.