Address by H.E. Muhammadu Buhari,President of the Federal Republic of Nigeria on the Cumulative Lockdown Order of Lagos and Ogun States...
Read more
Africa

Peller Unity Cup is a football tournament held in memorial of Professor Moshood Abiola-Peller. The Professor was a Nigerian magician and one of Africa’s most renowned magicians in his time.

A total of 300 players from 20 teams in 10 Local Government Areas would compete for one trophy at the “Peller Unity Football Cup” which commenced on Tuesday, July 12 and will end on Thursday, August 3, 2017, at the National Youth Service Corps Orientation Camp, Oyo State. 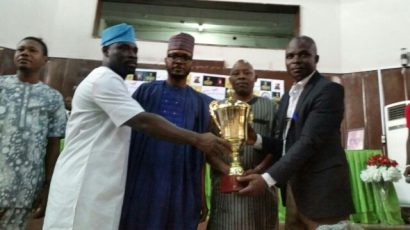 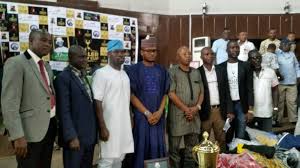 The organiser of the tournament, Mayegun of Igbobi-Sabe, Chief Shina Peller, during the Press Conference placed emphasis on the motive behind the PELLER UNITY CUP, saying it was based on true, honest and non-political intentions and was aimed at bringing football development to the youths of Oyo State through the 20-year remembrance of his late Father, Professor Moshood Abiola Peller.

He expressed his willingness to commence series of projects in the state as well as support the participants after the football tournament.

Chief Peller, who is also the Chairman, Aquila Group thereafter made an announcement of the cash prizes ranging from:

in addition to this, free Sports Kits will be presented to all participating teams.Chief Shina Peller, thanked the Oyo State Government, Sponsors and Participating Teams, assuring

Chief Shina Peller, thanked the Oyo State Government, Sponsors and Participating Teams, assuring them that the event would be devoid of controversy and violence.

More on this topic

Donald Trump has been elected the 45th President of U.S. The report is conclusive as of the voting results from the US 2016 election. With this...
Read more
News

What does it mean to vote? The first sense of the word is tied to making a choice among competing alternatives....
Read more
Load more

Welcome to our complete News Portal about animals, nature and environment in general. Take your time and immerse yourself in this amazing experience!